I felt very slightly dizzy. It wasn't normal dizziness—it was a kind of surreal feeling. Like i was running along inside someone else's body. I saw a bright light and had no pain whatsoever. No clutching at my chest or tightness like you see whern people have heart attacks in movies. Just an odd feeling that's impossible to explain
Fabrice Muamba

On 17 March 2012, Fabrice Muamba, a famous soccer player, suffered a cardiac arrest and collapsed during an FA Cup quarter-final match.After being successfully resuscitated, he was reported to have had a so-called near-death experience (NDE)—an event on the extreme border of science, between life and death, between physics and metaphysics, between body and soul.These experiences represent an intriguing and relevant phenomenon in neuroscience, the nature of which is still under dabate. A high incidence of NDEs have been reported during the last decade, so an exhaustive scientific explanation was required. This book by Enrico Facco is particularly welcome in summarizing the current state-of-the-art.

Facco is professor of anaesthesia at the Department of Neurosciences, University of Padua, Italy; he si also a specialist in neurology and expert in pain relief therapy, acupuncture, and clinical hypnosis. He has carried out several researches on deep coma, brain death, and the vegetative state, and he is the author of more than 200 scientific publications.

In this book Facco reports on 20 new cases of NDE which he has collected personally. He analyses the phenomenon from several points of view—medical, neurochemical, psychological, philosophical, metaphysical—demonstrating a very rare combination of wide knowledge and breadth of thought, mental flexibility and intellectual rigour. Overall, the text is backed up by more than 500 references from philosophers, scientists, and anthropologists.In the first part of the book psychobiological interpretations of NDEs are examined in detail. A reductionist approach is essential when studying the neural correlates and cognitive mechanism involved during NDEs. However, as the author suggests, 'reductionism is a good and powerful tool we should make a good use of, but it is only a tool, like a knife, which can be used for both saving a life or killing a man'. The chapters outlining psychobiological theories are easy to follow and provide readers whit a full perspective on the explanatory models reported in the literature.

Various features of NDEs do not fit with current psychobiological theories. To persuade his readers, in Chapter 9 the author makes a very interesting analogy whit physics. Classical physics, anchored in materialist reductionism, offered adequate descriptions of everyday mechanics but finally proved to be insufficient when describing discrete mechaniscs, such as those of extremely high speeds or small sizes, and so was supplemented by quantum physics (which includes novel concepts such as the superposition of states, non-locality, and entanglement).Similarly, materialist neuroscience, modelled on the reductionism of classical physics, offered adequate descriptions of some mechanisms of everyday mental functioning but finally proved to be not exhaustive when describing certain phenomena under extreme conditions, such as near-deathexperiences.

Facco convincingly argues that modern neuroscience needs to expand its current view beyond the limits of the ruling reductionist interpretations (according to which our minds is a mere by-product of neural circuits) to encompass the world of subjectivity and trascendence. To this purpose, a list of rational arguments which do not fit whit reductionist axioms and theories are presented. The main conclusion of this book is that we need to keep an open mind and a truly sceptical stance, neither accepting nor refusing any possibility a priori, in order to avoid the risk of remaining entrenched within old or new dogmas.

Beyond the debate surrounding psychobiological explanations, other chapters merit special mention. I was particularly impressed by those that describe the philosophical and theological aspects of NDEs. It is very rare to find so many perspectives in the same book.
This is a scholarly work, providing readers whith philosophical and theological interpretations on the ancient mind—body problem, white at the same time imparting up-to-date information from neuroscience.

After having read Facco's book, it appears clear to me that the ancient mind—body problem, especially altered states of consciousness such as NDEs, can be approached through the prism of modern neuroscience, especially when dealing whit altered states of consciousness, such as NDEs.
I am confident it will be translated into English very soon to enable more readers, who wish to maintain a true sceptical approach but are interested in integrating different fields, to better understand the mysteries of our consciousness and life. 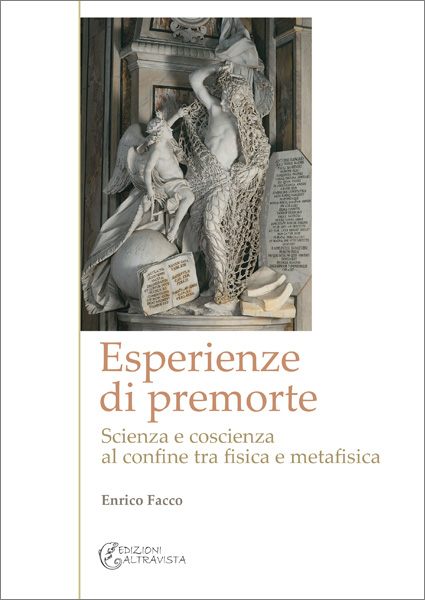